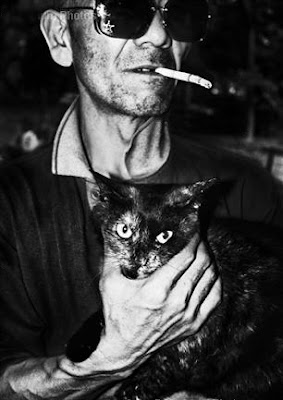 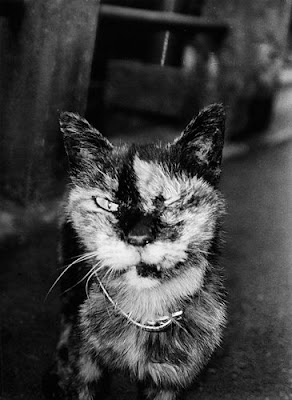 On June 7 of 1935, Erwin Schroedinger wrote to Albert Einstein to congratulate him on what is now known as the EPR paper, a famous problem in the interpretation of Quantum Mechanics. Soon thereafter, he published what was to become one of the most celebrated paradoxes in quantum theory:

A cat is placed in a box, together with a radioactive atom. If the atom decays, and the geiger-counter detects an alpha particle, the hammer hits a flask of prussic acid (HCN), killing the cat. The paradox lies in the clever coupling of quantum and classical domains. Before the observer opens the box, the cat's fate is tied to the wave function of the atom, which is itself in a superposition of decayed and undecayed states. Thus, said Schroedinger, the cat must itself be in a superposition of dead and alive states before the observer opens the box, "observes'' the cat, and "collapses'' it's wave function.

Schroedinger's Cat and the Environment:
Examples from Condensed Matter.